skip to main | skip to sidebar

Bringing the Past into the Present

When I was a child I would sit at my grandmother's kitchen table and draw plans to change her barn into a house of my own.  I knew where I wanted the kitchen.  Had an idea of making a study where the baby calves slept.  There was to be a baby grand in the main room in front of the kitchen and the bedrooms were one floor up.  I spent a lot of time and summer visits dreaming.

I love older homes derelict or not if they have character.  And this one was one of many that I took photos to dream about. 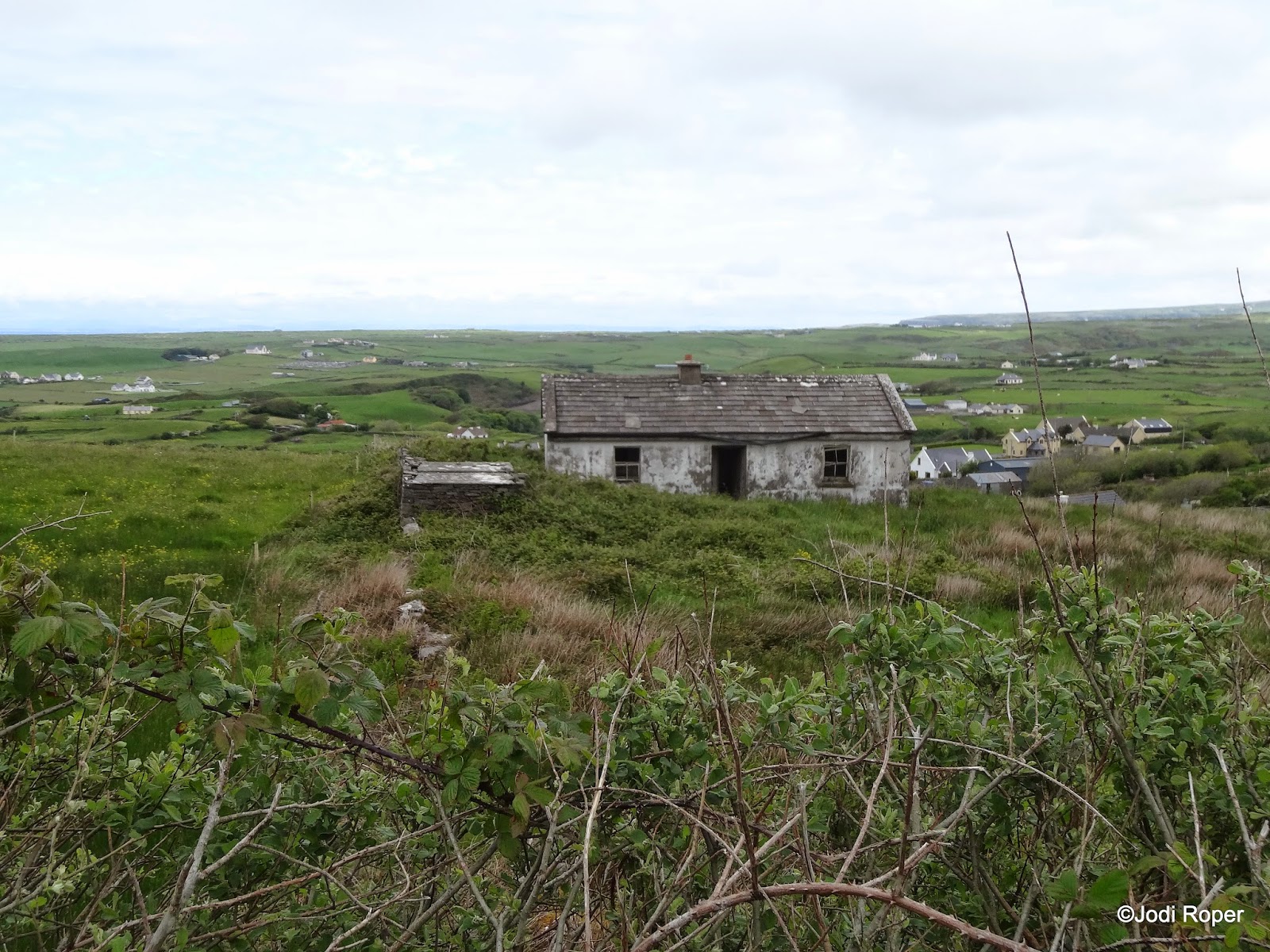 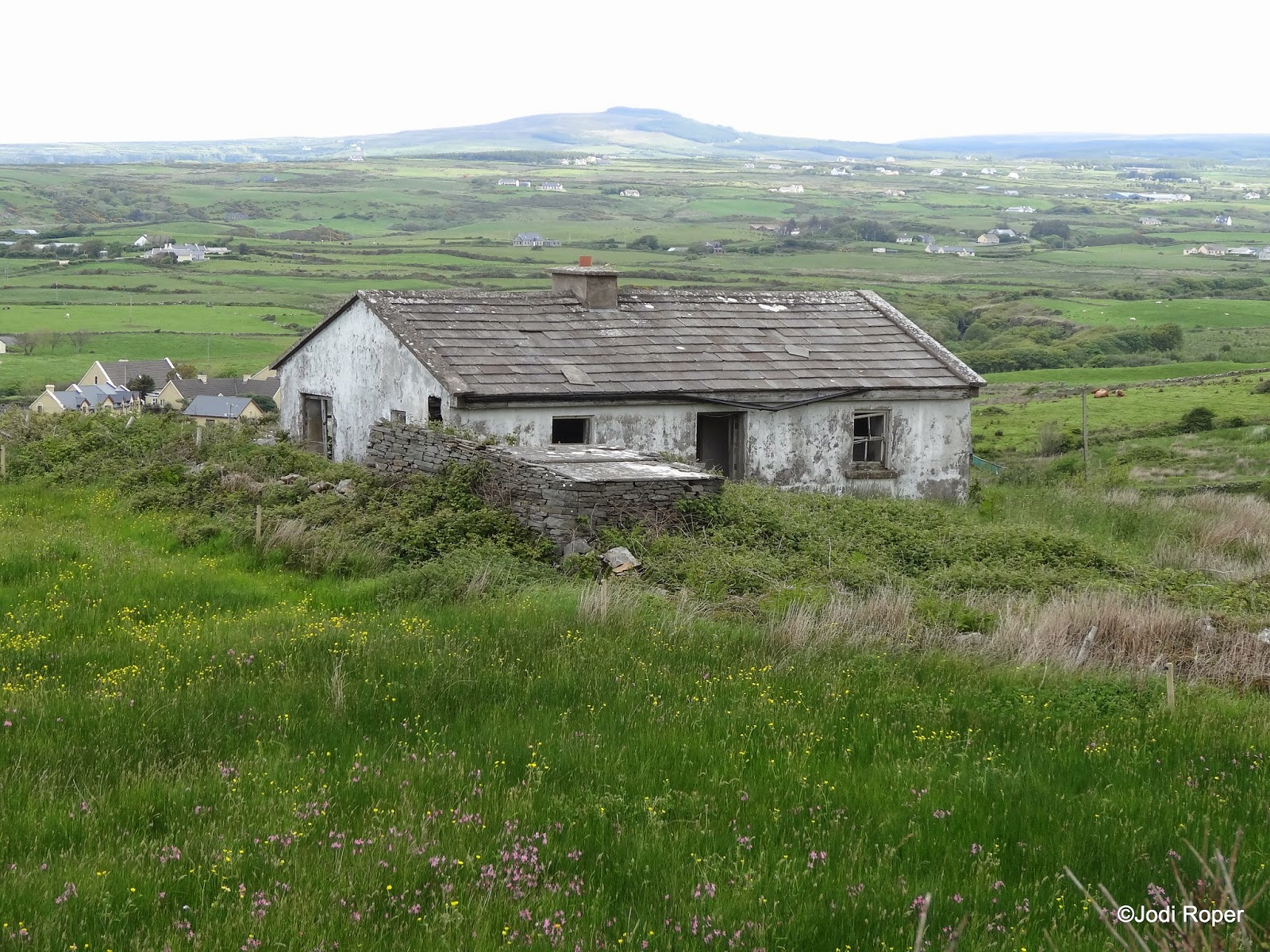 Repair the roof, put in new windows, paint the front door a sea blue.  Plant rhododendrons in front of the house and maybe put a stone wall around the back yard.  Small window boxes in the front windows.  The window in the left back would be large enough for a decent view from the kitchen and there would be a patio area out back for enjoyment of  a cup of tea.  A skylight over the front left room for light in the main room.  Possibly 2 bedrooms and bath on the right.  And a huge rhubarb patch.  We saw a few large patches.  Something that I did not expect.
Posted by jodi at 4:35 PM No comments: 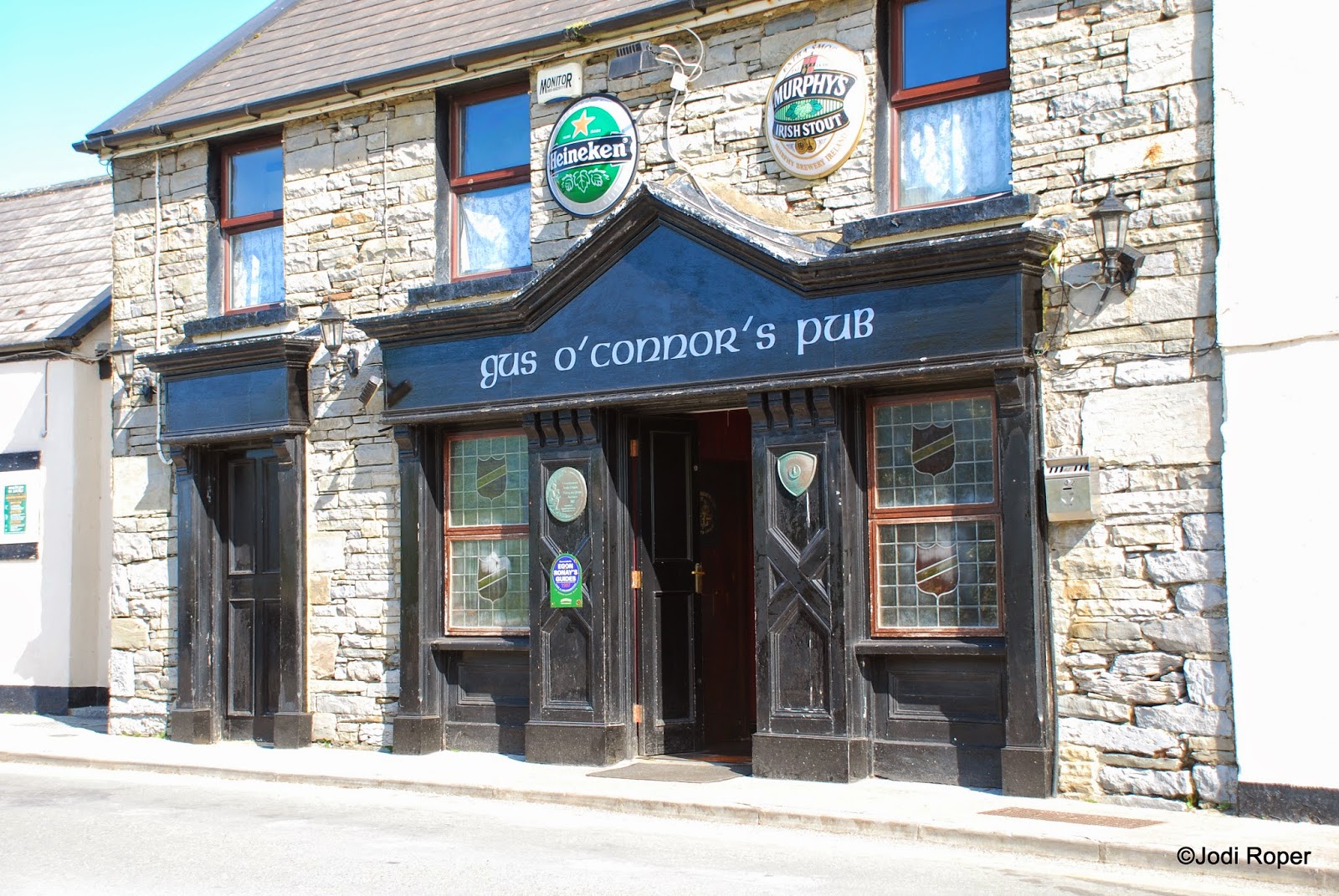 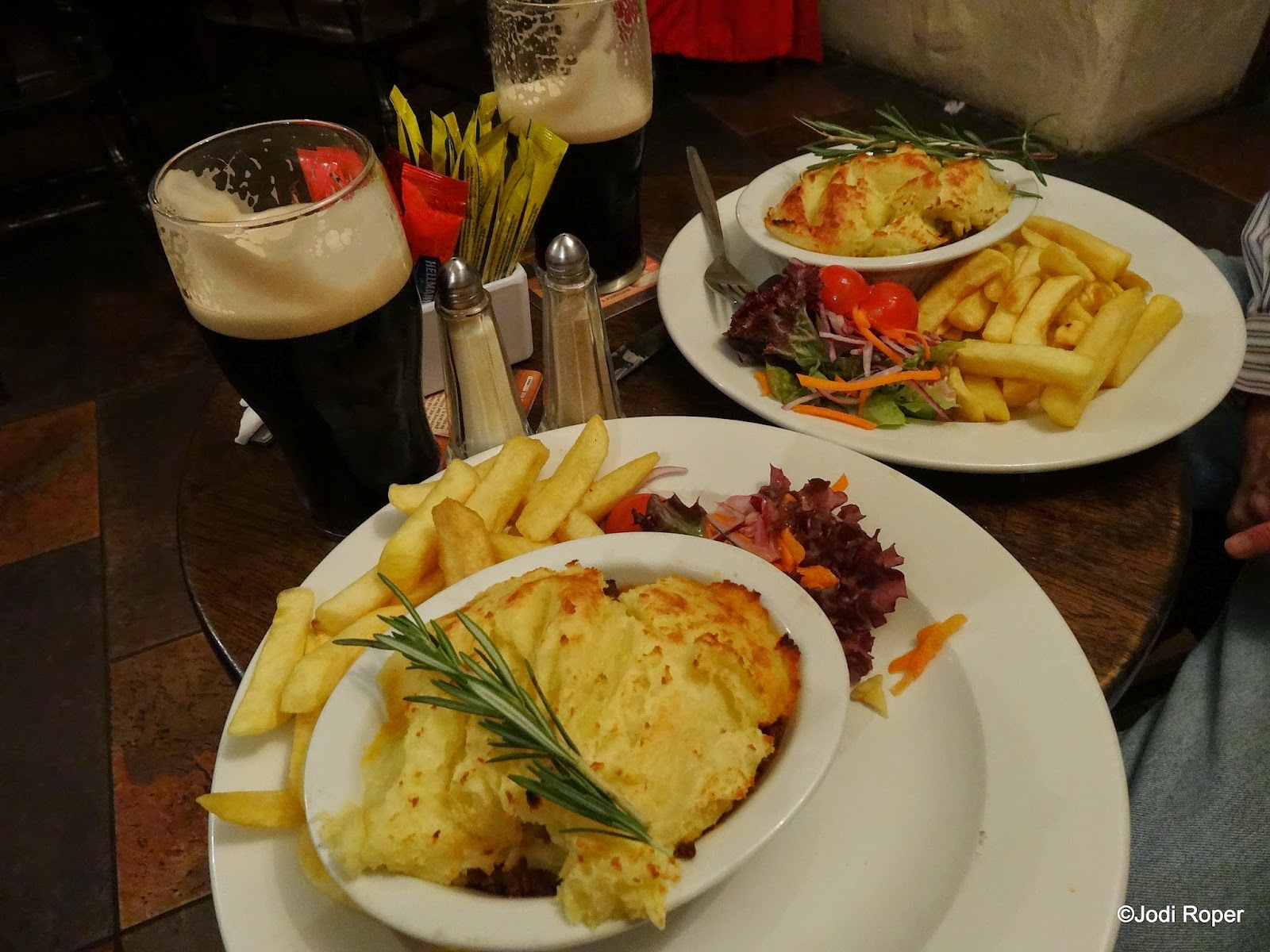 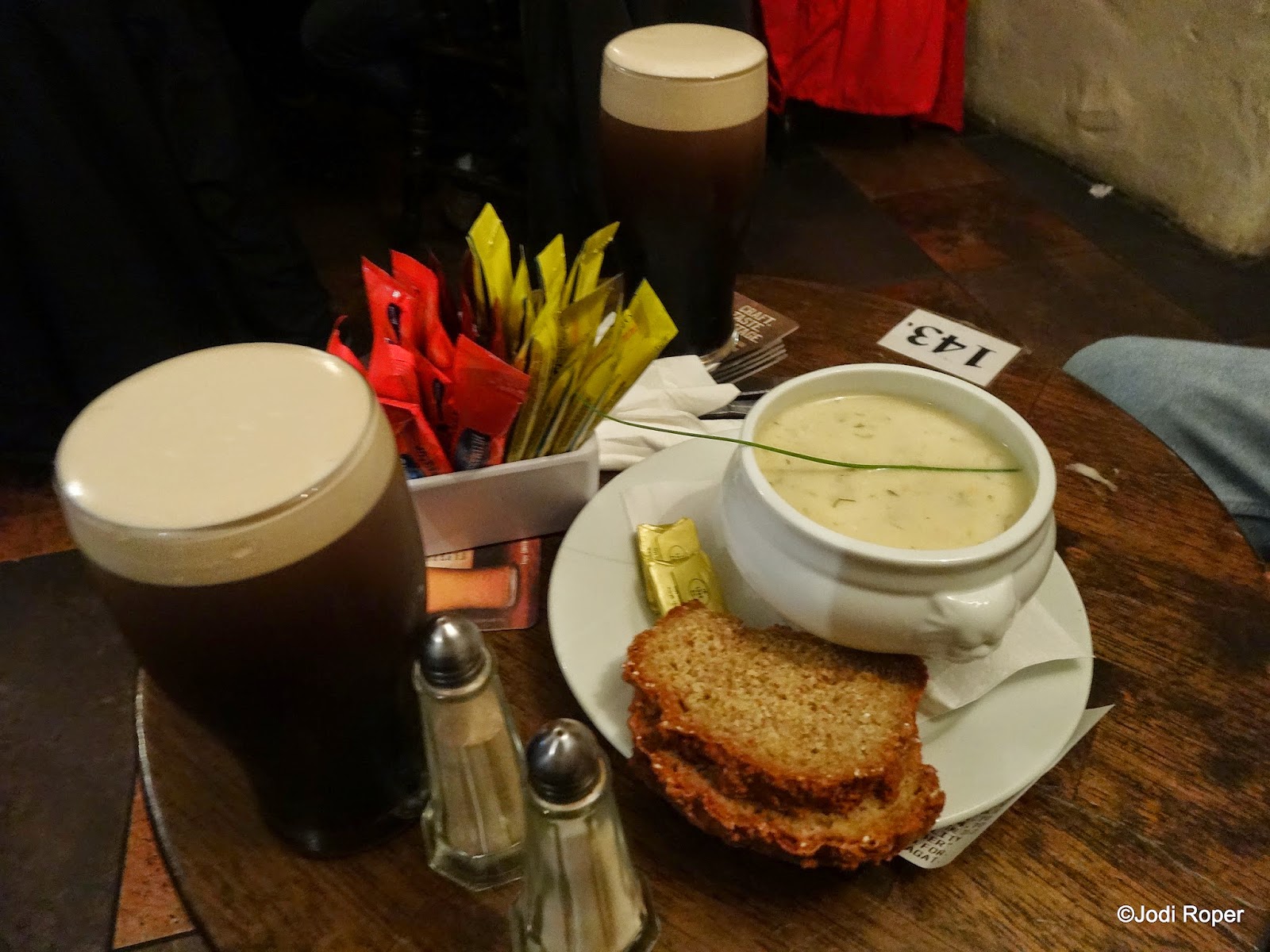 One of the best places for delicious seafood chowder.
Posted by jodi at 5:55 AM No comments:

We were excited to get to Ennis on our first day in Ireland and listen to some good music on the last day of the Fleadh Nua Music Festival but first we were hungry and not every pub serves food.  In downtown Ennis we found the perfect place - a small coffee shop and restaurant that was part of a department store.  Think Ikea but on a tiny scale with clothing and better merchandise like art and china. 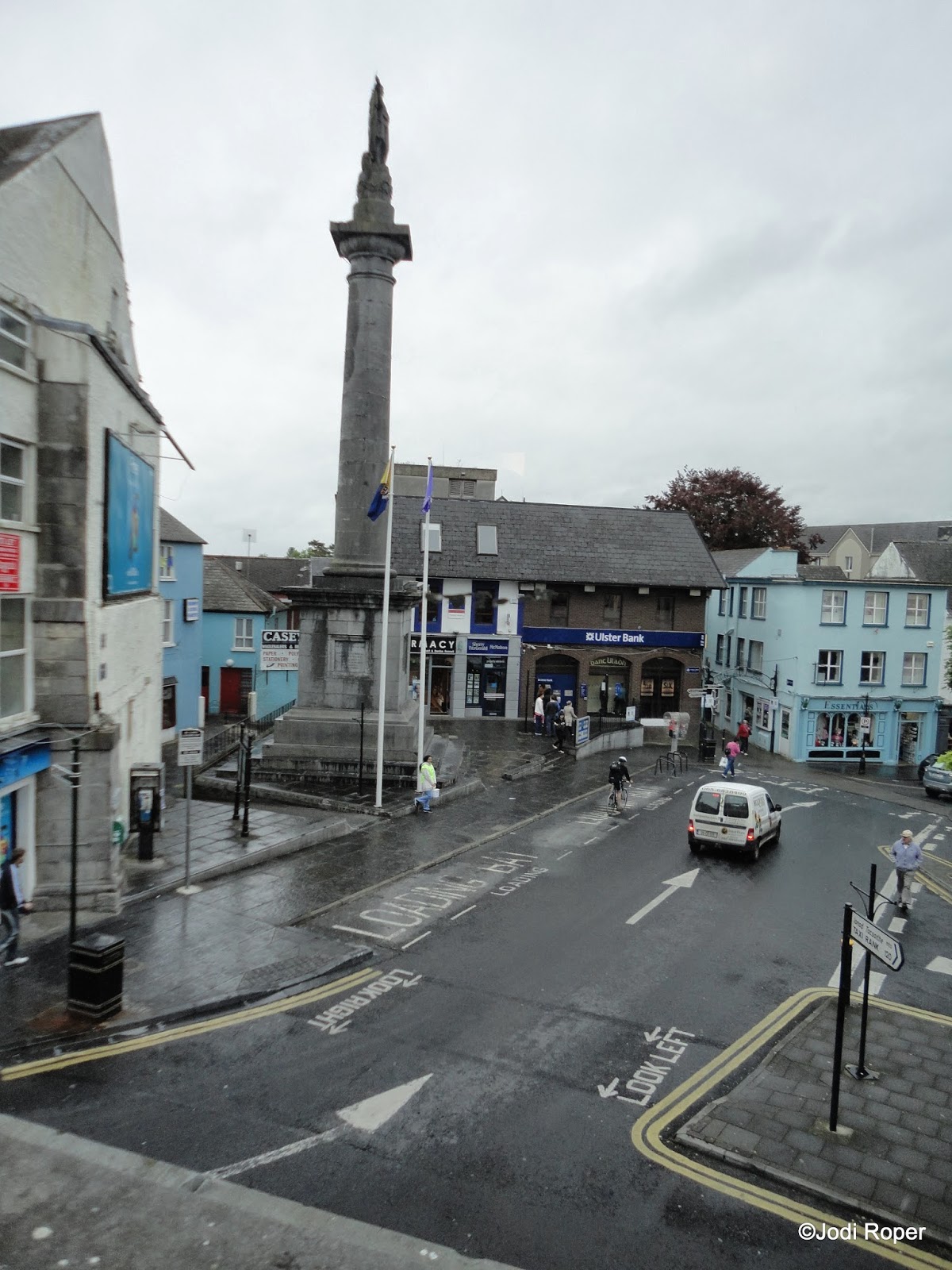 So we climbed up to the second floor of the store Carraig Donn for a 20 minute wait for a table. 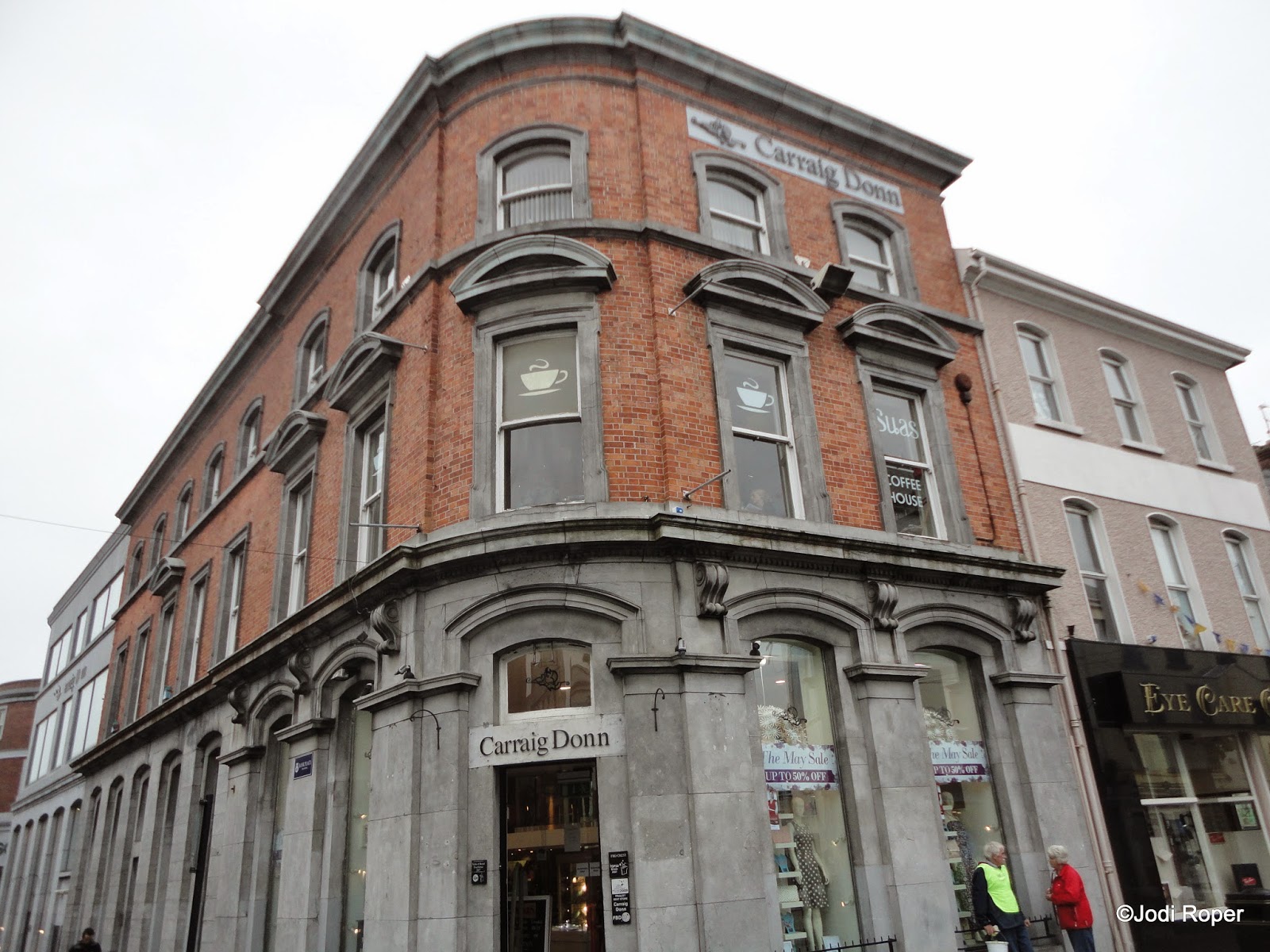 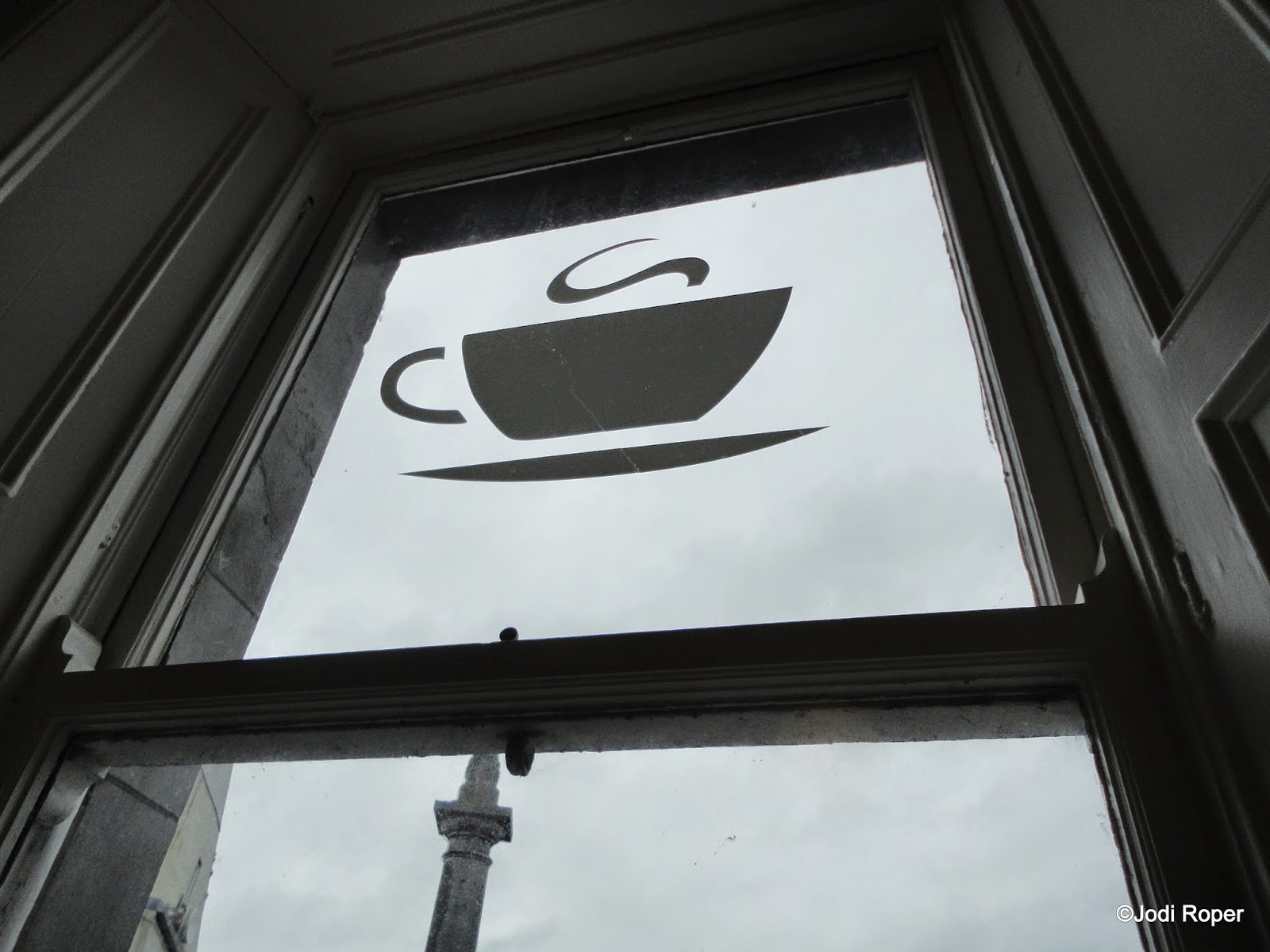 And though some people complain it was well worth the wait. 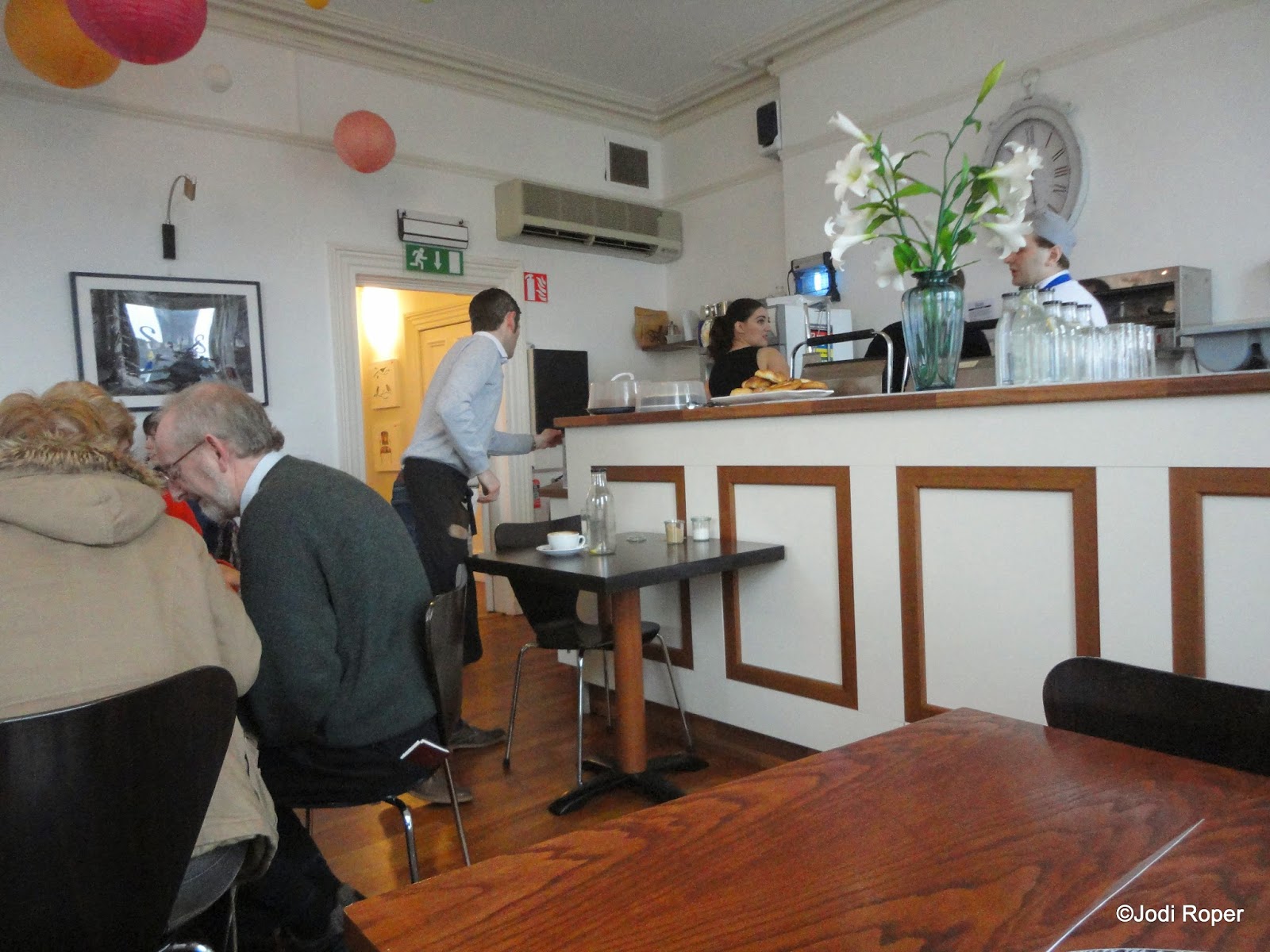 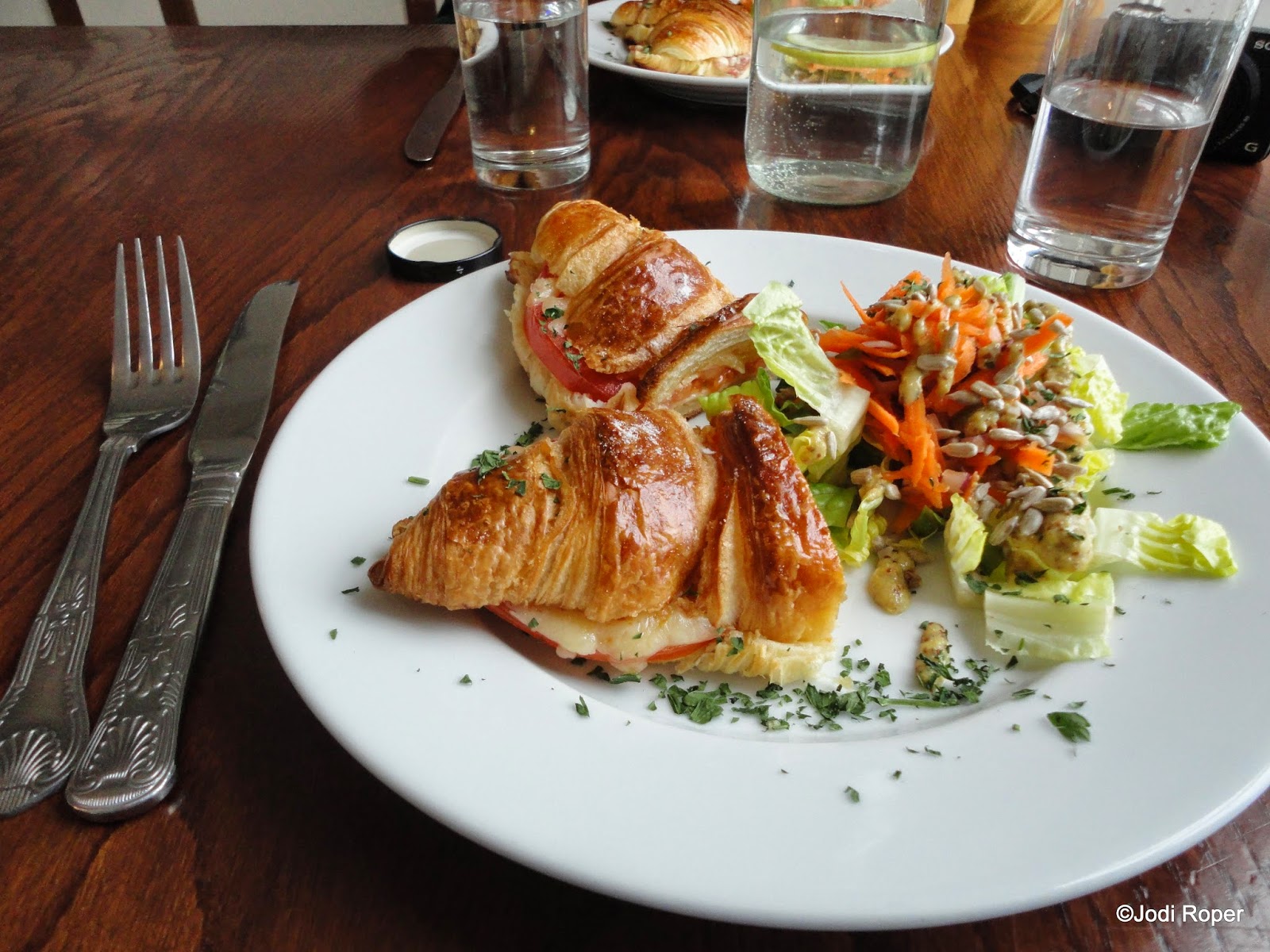 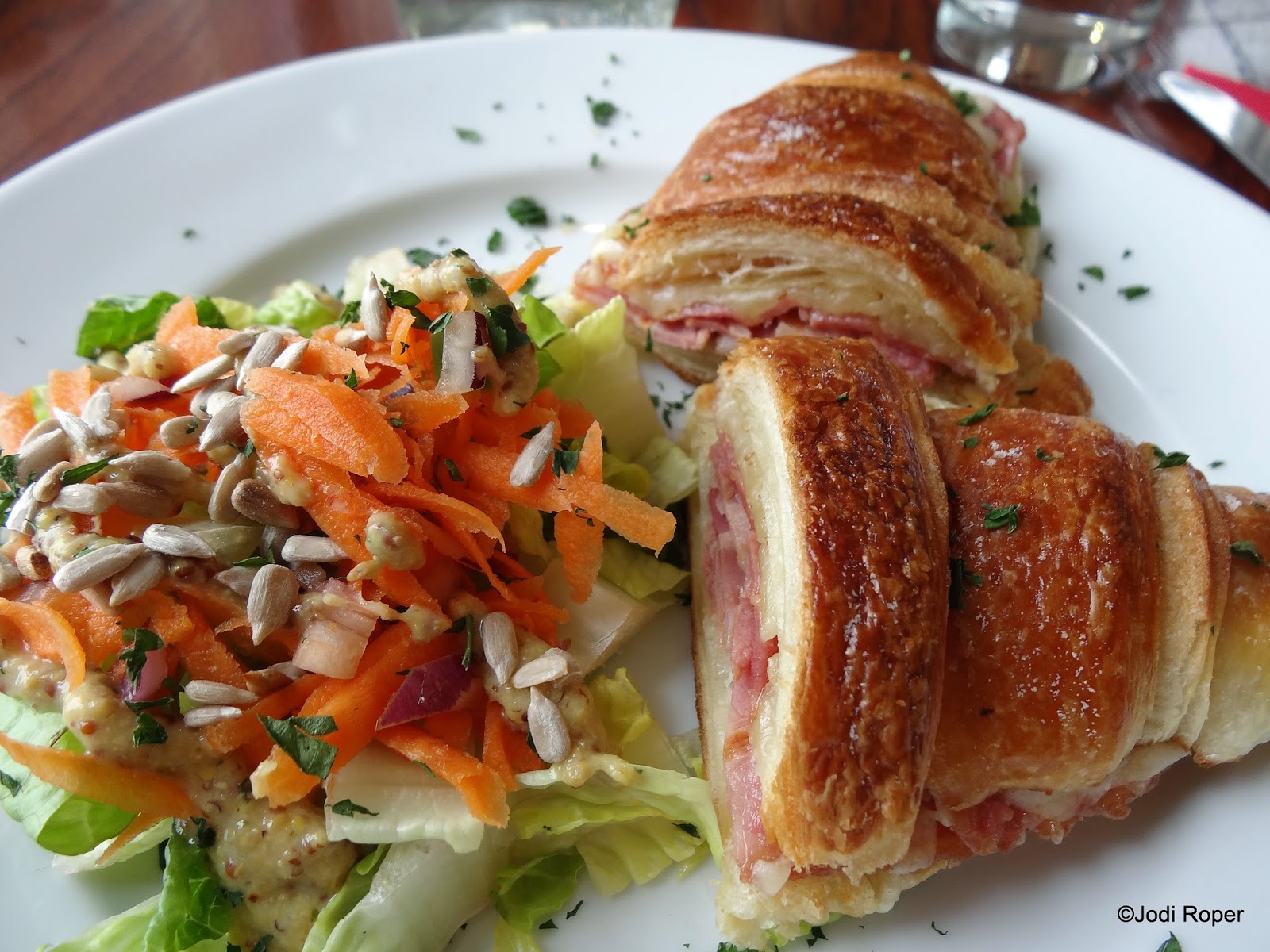 The quality of the food was good.  And the dressing on the salad were some dollops of dijon mustard.  It sounds too simple but it was the perfect touch. 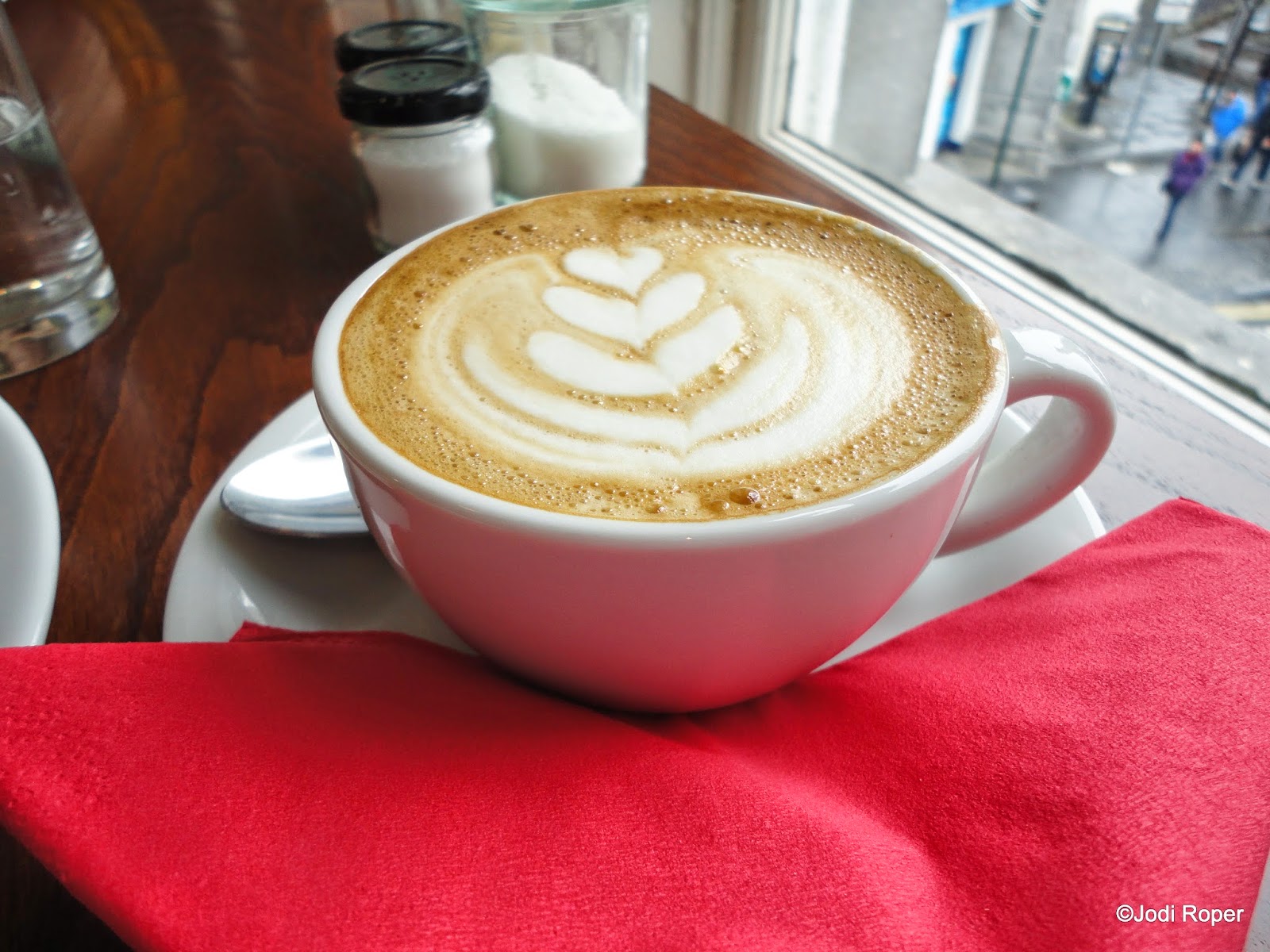 And then there was the quality of the coffee.  So well done.  A great lunch and we scored a window seat with a view of the central square.

We had landed only about an hour before in Shannon, Ireland and were greated by what I thought that typical Irish weather was - cold, rainy, windy.  Traveling to Doolan we could see the ruins of the Abbey from the main road but . . .how to get there.  The roads got narrower until we were on a one lane road and the only person around was an older man walking his dog. 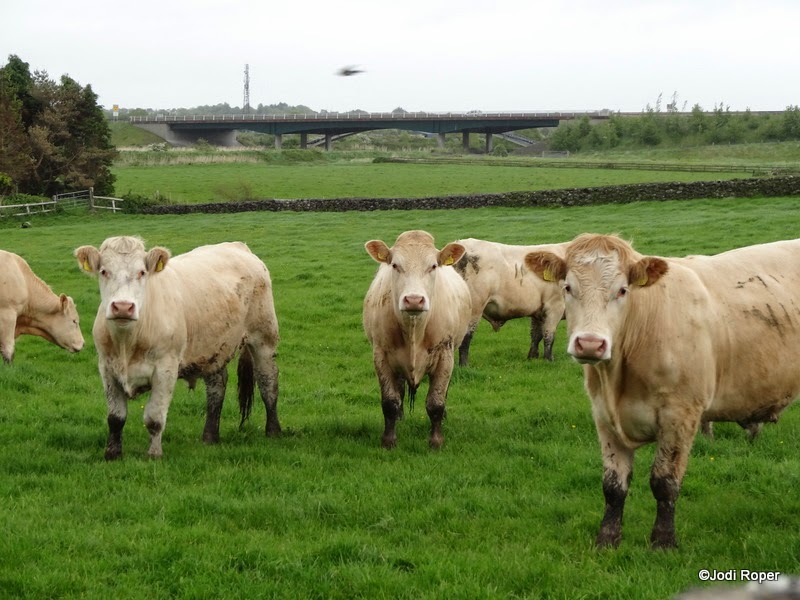 I have a hard time asking people in other countries for things, expecting a look that says that I'm less than smart and am wasting their time.  But the man (as are most people that I meet) was  lovely and he directed us down the road and said that "the gate will be open."  We drove past the cows and parked next to the ruins, the only visitors on this morning. 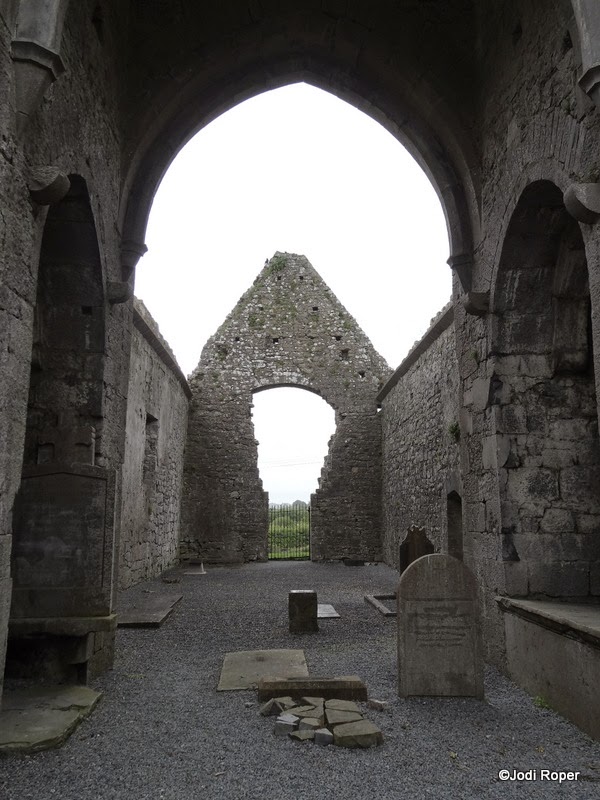 Inside the ruins we could hear the cows and feel the wind and cold rain. 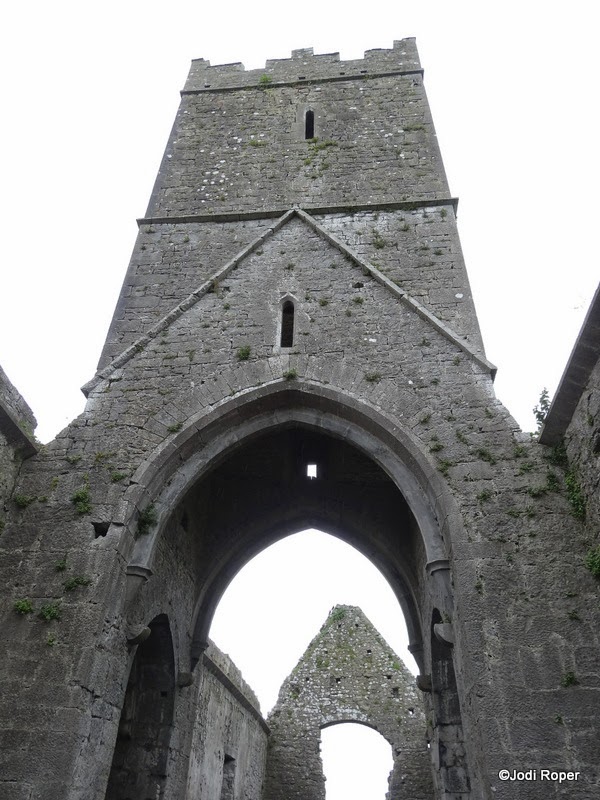 It always amazes me that when ruins like this are open to the general public and treated with the respect they deserve (no grafitti or litter). 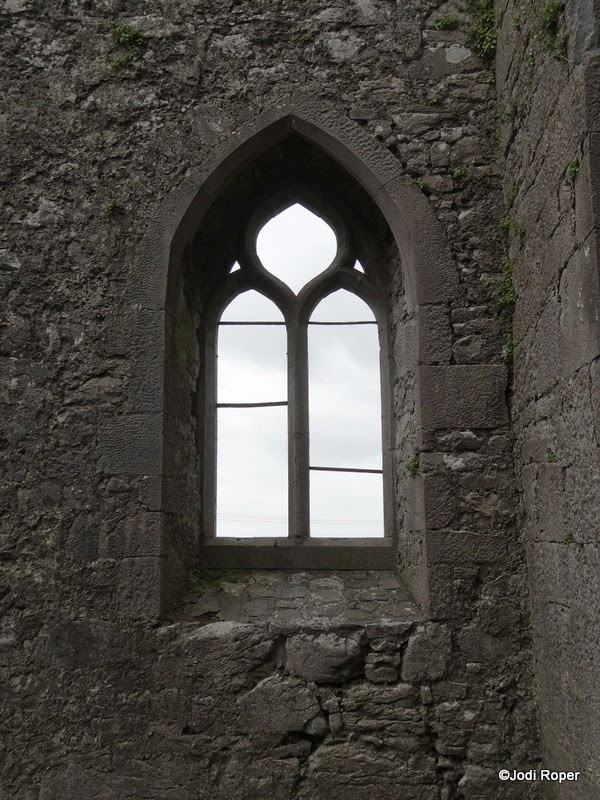 We paid our respects, took photos of the cows and went on to Ennis.
Posted by jodi at 5:03 PM No comments: 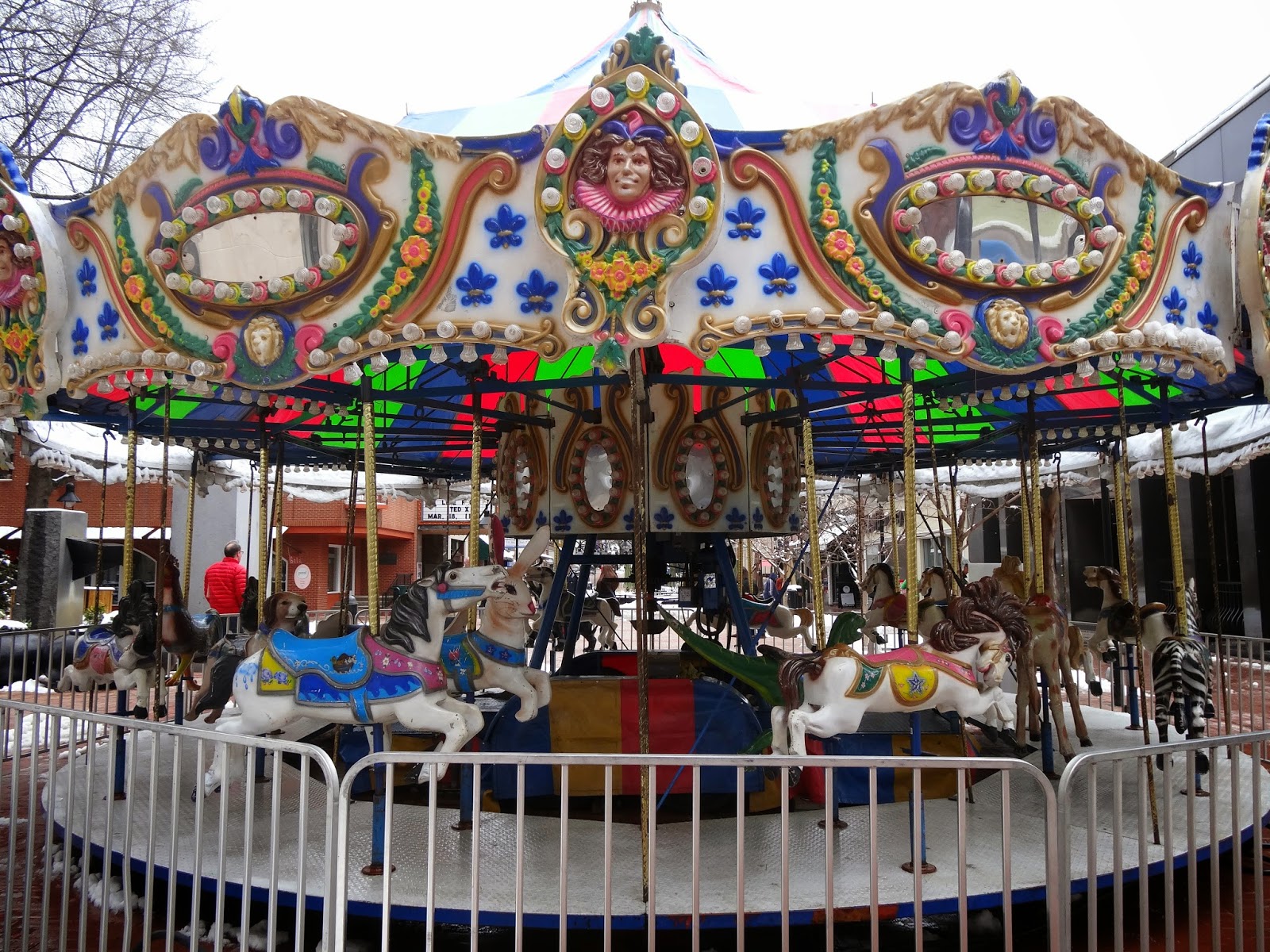 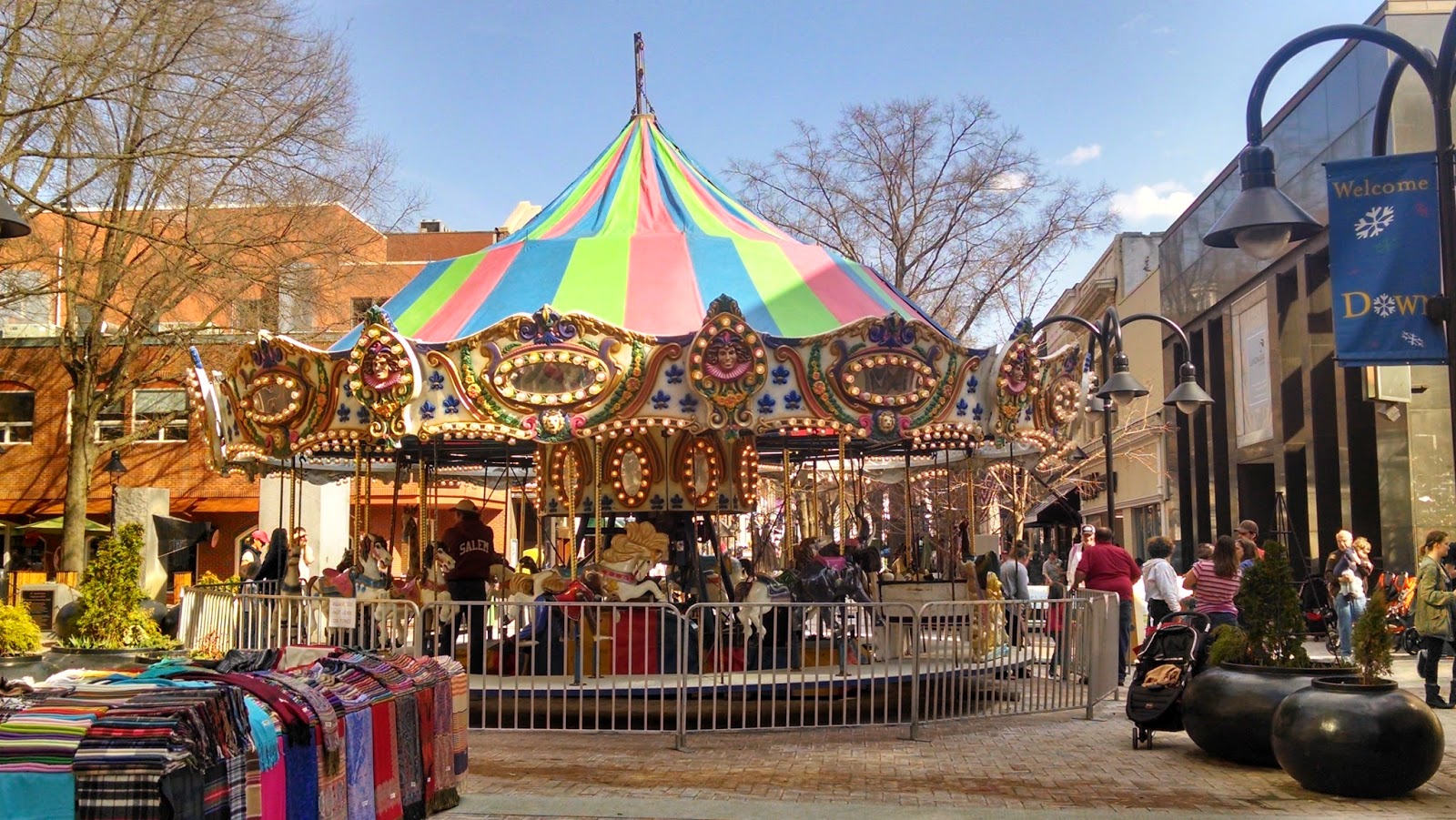 What a difference 3 days can make.  The top photo was taken on March 18th, a day after a snow fall.  It was cold and the atmosphere of the Mall matched the gray of the sky.  The second photo was taken on March 22nd.  Vendors were out and the line for the carousel was long and filled with happy children and parents.  And the ice cream stores seemed to be very popular!
Posted by jodi at 3:04 PM No comments: